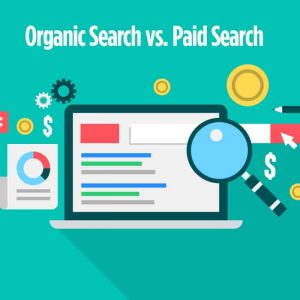 Finding it difficult to understand how to grow your business’ online presence? With all of the options available today in digital marketing, it is crucial to understand the various digital marketing services before you make any decisions. Here we take a look at the differences between paid search and organic search and how you can make them work for you. Paid Search Paid search marketing goes by many different names in the marketing industry. Names such as search engine marketing (SEM), pay-per-click (PPC), and sponsored listings are all different ways to describe the process that is paid search marketing. Effectively, paid search marketing allows your business to advertise within the top search engine results of a search engine (such as Google or Bing) that are marked as ‘ad’. Paid search can also happen on a partner site. There are a variety of options to create ads, including pay-per-click ads within Google Ads or Facebook Ads. In order for your ad to appear first in search engine results, there are certain criteria that need to be met to increase your ad rank. These factors include: The quality of your ad Ad extensions used Context of the user’s search, i.e. relevance The 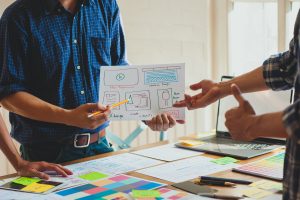 Everything A Startup’s Web Design Needs To Have

In a digital world, websites, and their design have never been more crucial. As a startup business, web design needs to be a priority as your website is a catalyst to building and supporting your brand, marketing your offerings, nurturing a growing reputation, and promoting your business values. Additionally, your website needs to be able to drive and increase traffic and support your way to the top of search engine results pages. Hiring a professional web designer in Newcastle is a sure way of ending up with a well functioning, well performing website. Everything A Web Design Needs To Have Priorities Adaptive Content There are so many different ways and methods that internet users access websites from different devices, and through different data methods. As a startup, you need to make sure that your website is compatible with those devices. This is where web design and an expert web designer come in. They are able to develop a site that’s compatible just about any screen size and adopt a responsive design for your site. Having a responsive web design means that your web pages are able to perform well on different devices and screens regardless of traffic. So take the

How Has Social Media Changed Over The Last Decade?

Looking back over the last decade we, as a social media agency in Newcastle, can confidently say that life seemed less complex. Something else that was less complex was the number of marketing channels and, you guessed it, social media platforms. What a miscellany explosion it has been and so globally transfusing! No filters and face enhancers on pictures were available, no commercials popping up or carefully targeted adverts and certainly no social media influencers. Live streaming was something that news reporters did from a news event to their head office studio. Remember those days? The Evolution Social media has intensified from a communication medium to an egoistic display to garner attention. Expensive data plans, breakfast photos on Facebook, and Likes’ loads have been replaced with complete societal immersion. Influencers can sway 100’s of thousands of followers to make choices, and our information privacy has never been so weak. Ten years ago, there were less than 1 billion users of social media in total. Since then, Myspace has been trampled by Facebook with its 2.8 billion users, and YouTube is nipping at its heels with 1.86 billion users, followed by Instagram (1 billion users). Twitter comes in at 4th place 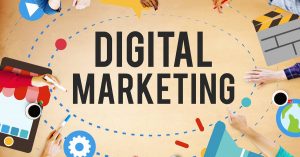 How To Decide Which Digital Marketing Services To Invest In 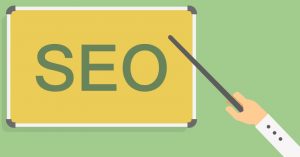 Why It’s Best To Bring in 2021 With An SEO Agency That You Can Trust!

We all know that many businesses took a knock during the COVID-19 pandemic of 2020. But all hope is not lost. Start afresh and start 2021 off with a  bang, by working alongside a trusted SEO agency. An SEO agency could give your business the boost it needs to remain relevant and attract new customers throughout 2021, and for many years to come! Keep Up With The Times And Your Competition  The chances are that your competition is working with a professional SEO agency to ensure that they get the online traction that they aim for. If you want to keep up with your competition, you’re going to have to invest in an SEO agency that is just as good as theirs as you’ll be competing for similar keywords and you want to make sure that you rank above them! The Online Revolution Is Here  Over lockdown and quarantine, many people started spending more time on their phones, including using social media apps as well as online shopping. And this trend is certainly going to continue into 2021. If your brand is not already active on social media, with online shopping options, it’s time to get with the program! An 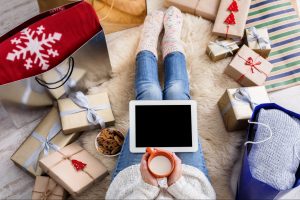 The festive season is upon us! It’s been a long and challenging year for many, but it’s finally time to start planning end of year shopping and gift-giving. This time of year gives companies the opportunity to sell more as the general public is in a spending mood. And one way that you can sell more products, and gain a larger customer base is through effective social media marketing. As an experienced social media agency in Newcastle, we’ve learnt what works and what doesn’t when it comes to social media marketing leading up to the festive season. And that is why we have compiled this list of tips so that you can get the most out of your social media marketing campaigns this holiday season! Don’t Lose Your Authenticity If you choose to include festive imagery in your upcoming social media posts, as many companies around this time often do, we recommend that you don’t lose what makes your posts unique. Social media posts tend to get lost and blend in with similar content, however, if you maintain your authenticity by using purposeful imagery, clever wordplay and an element of your brand identity in your festive season posts. Market Your